I have two big kids who do a lot of work on the computer these days which leaves me far less opportunity to blog than I once had.  So, again, I am waaayyy behind on getting my photos sorted in my online (and only) photo album- my blog.

Here's a nice plump helping of blog fodder to get me started.

(PS.  Thank you so much for all your enthusiastic responses to Cricket!  They were a true joy to bask in!) 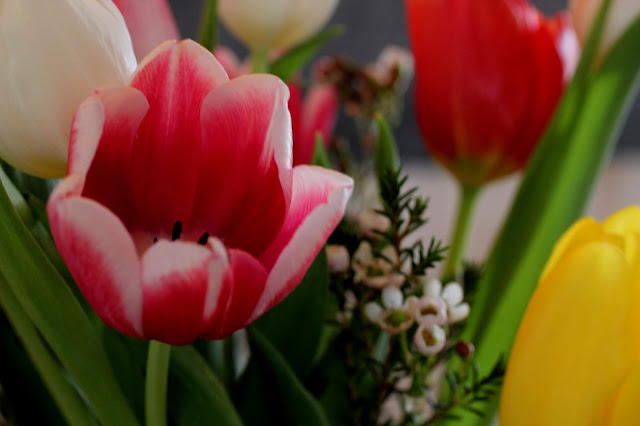 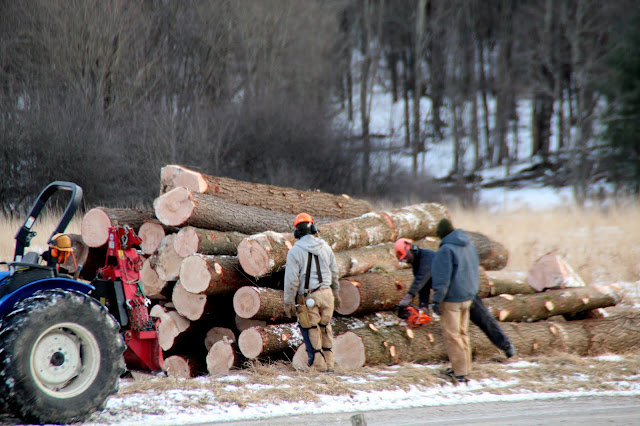 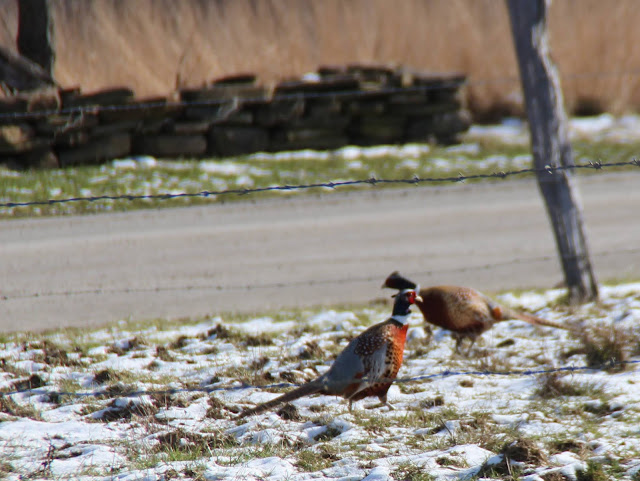 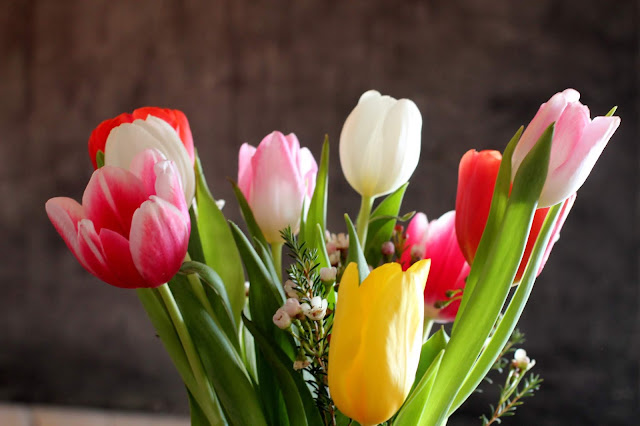 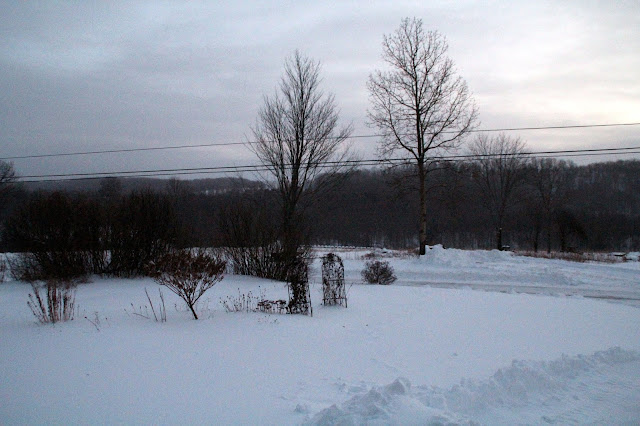 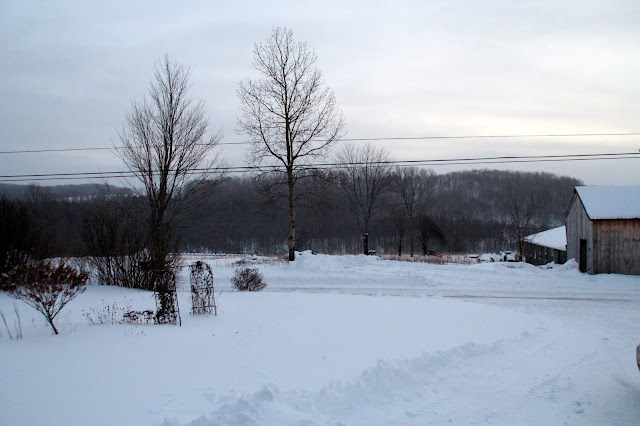 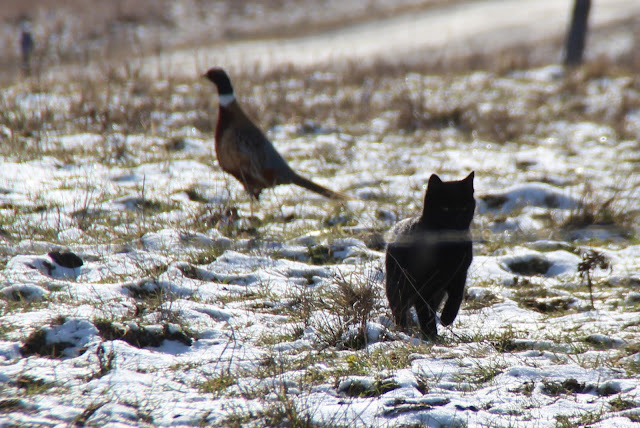 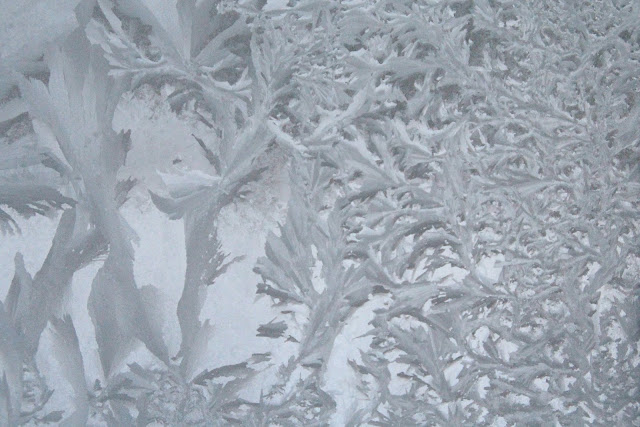 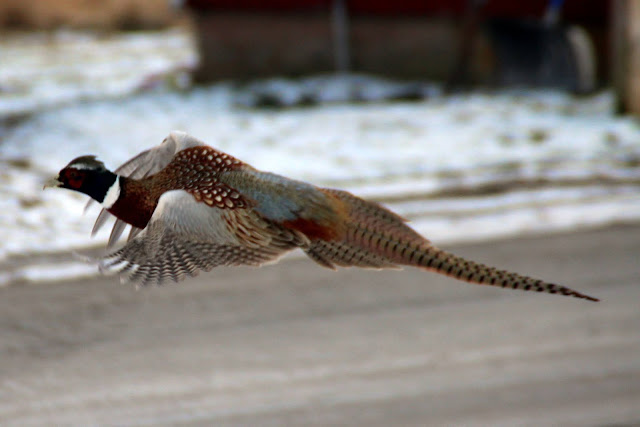 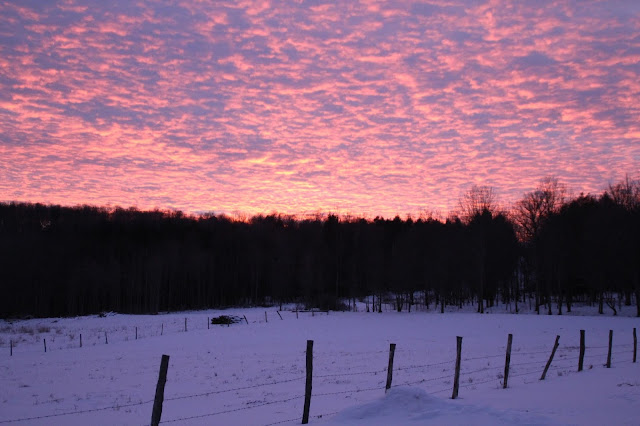 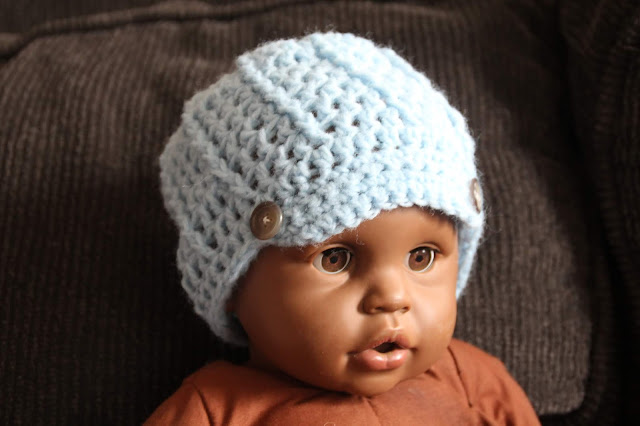 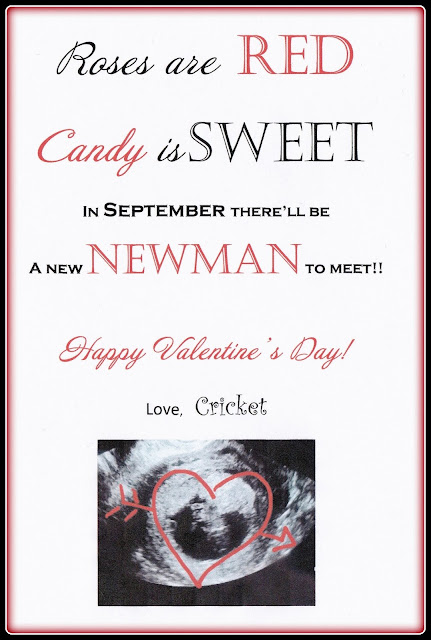 The Only Resolution That Matters To Me 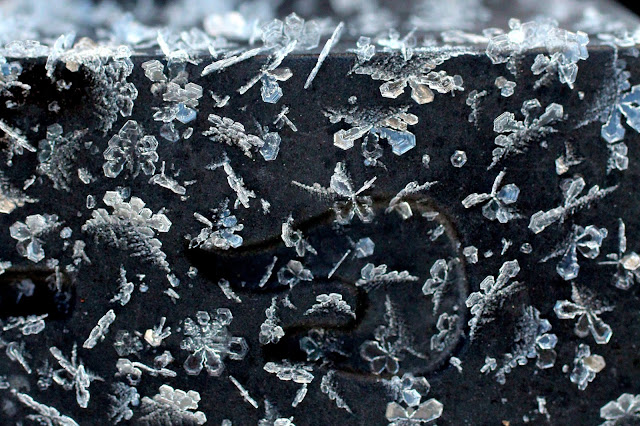 If you've wondered where I have been, I can say it has mostly been in a haze.

January 23rd saw New York's Gov Andrew Cuomo sign into law the legality of murdering a 9 month old in-utero baby, with no limitations on age or stage, even up until and during natural delivery.  And the whole crowd gave a standing ovation.  Just a few short days later, Virginia Gov. Ralph Northam (who happens to be a PEDIATRIC neurologist, by the way) seemed to be totally fine with deciding, after delivery, whether or not to murder an already born child.  And then, in true audacious rebellion, they light the rebuilt World Trade Center spire- a memorial of the evil, murderous actions humanity takes against humanity that disgusting fuschia pink of woman.  The fuschia pink of death.

Since the whole 'clump of cells' argument is pretty much outdated, even within the pro-choice community- so it is that now a matter of whose life matters MORE.  It is no wonder that a woman who doesn't want her child at 8 weeks and ought to be allowed to murder it, should also be allowed not to want her child at 25 weeks or 40 weeks and murder them.  I wonder what will happen to those women who decide they don't want their newborn, two month old or six month old and decide to leave them in attics, or throw them from balconies or stuff them in garbage bags.  (No, these aren't hypothetical situations.  These are all real-life news stories I have read about in the last six months.)  Right now these women go to jail.  But just a few short years ago Kermit Gosnell went to jail (and was convicted for life) for something the whole world was horrified by and now the NY Democrats have signed into law and give standing ovations for.  Who knows where women like them will eventually wind up.

I can't seem to wrap my mind around this.  I feel physically ill at the thought.  I can think of nothing else.  I promised some New Years' resolutions, but thinking of resolutions for myself while the bodies of babies pile up around me, seems a bit ludicrous.  How can I think of planting seeds or saving money or reading chapter books to the children round about me when I know of the over 60 million babies that have been legally murdered in this country and do nothing?  That more black babies are aborted in New York City than are born alive?  That although there is NO MEDICAL CIRCUMSTANCE in which a third trimester abortion is necessary, this is being used as an excuse to just discard a child instead of allowing them to survive on their own and be given into a loving family who wants them.  That in New York it is now illegal and cruel to give murderous criminals the death penalty by injection but not so the defenseless baby.

The weight of it presses down.  I am reeling and my stomach turns.  It feels hopeless.  And while I have heard many people cry out in response "Lord Jesus Come Quickly!", I believe that seeings how the Bible is the very Words of God and all, when it says “For He must reign till He has put all enemies under His feet. The last enemy that will be destroyed is death.” He means it. And when scripture says  For the earth will be filled with the knowledge of the glory of the LORD as the waters cover the sea, it is true.  I know these things will happen, because the Bible says so, but  CLEARLY, they haven't happened yet.

Which means, my friends, there is WORK to do.

And I guess that is the only resolution that is worth anything to me this year.

We can pray.  We MUST pray.  Particularly, prayers like this.

And we need to be vocal.

I have often thought about how easy it is to say that we would NOT participate in the human injustices of slavery had I been born then.  (Those wicked slave holders, how could they?!?)  And I have thought how I would have fought nobly back at Hitlers' regime of murder and death, like my grandparents did during World War II.  (How could everyone just standby and allow that to happen to their friends/neighbors/family/anyone?!?)  AND YET.   Here we are with a greater death toll in our lifetime than in either of these atrocities- and we are silently enduring the blood in our streets and towns and nation.  We need to stop being the 'silent majority' and start being the Loud and Proud majority.

It shouldn't be a radical idea that murdering other humans is a bad thing.

It may seem like a single person can't do anything.  I think I have felt this quite often.  But as with Jon Speed in Syracuse, NY whose single act of closing his bookshop for the day and putting a sign on his door seemed to rally support from all over the nation, who knows what each of our single, small acts can do to encourage a nation to stand up and speak out.

We need to be informed.  I love listening to Crosspolitic on Youtube- their shows each week are an very interesting and engaging, a fun way to keep informed with the craziness of the news and how it relates to our Christian walk.  They are great.  I listen to them when I am making dinner.  I also like this gals' podcast.  And Apologia Radio's podcasts are incredible- they are doing a powerful work within the abortion debate. (If you have any great podcasts or resources- let us know in the comments!)

And here is a perfect opportunity!

February 23rd, one month from the date of Cuomo's legislation, has been declared a Day of Mourning for New York.  From their website:

"We are heading to New York to call the nation to repentance! We are asking the nation to stand in solidarity with our preborn neighbors on February 23rd and:
1. WEAR BLACK
2. DON’T SHOP
3. CLOSE YOUR BUSINESSES
4. REPENT FOR ABORTION

We will signify this act with a rally of repentance and protest in Albany, New York where the gruesome infanticide law was signed and celebrated. Stay tuned for more details on the rally. "

If you can, come to Albany! We Newmans are hoping to go- maybe we will see each other there!  If you can't go, stay where you are and do those four things!  Or donate to the cause- there are expenses involved in putting something like this on.

And finally, there is one other thing we can do.  And this thing is no small thing.  And one that involves more than just a day of your time or a moment on the phone or in a voting booth.  That is, as Christians, we can understand that children are a gift and blessing from God, who bear the image of God- and we should embrace that truth instead of believing the idea that children are a burden or inconvenience or something WE decide we want when we want them.  If God says they are a blessing, then they ARE.  We need to be having babies, baptizing them, joyfully wiping their noses and cutting their food, educating them and talking to them about hard things and good things, staying up in the night with them when they are sick, teaching them and bringing them up in the nurture and admonition of the Lord, feeding them physically and spiritually SO THAT they too, can do the same to THEIR children and them, to THEIR children until eventually and by God's grace and mercy to us...

All the ends of the earth will remember and turn to the LORD,


And all the families of the nations will worship before You. For the kingdom is the Lord’s
And He rules over the nations.
All the prosperous of the earth will eat and worship,
All those who go down to the dust will bow before Him,
Even he who cannot keep his soul alive.
Posterity will serve Him;
It will be told of the Lord to the coming generation.
They will come and will declare His righteousness
To a people who will be born, that He has performed it (Psalm 22:27-31).
Posted by Rebecca at Thursday, February 07, 2019 11 comments: