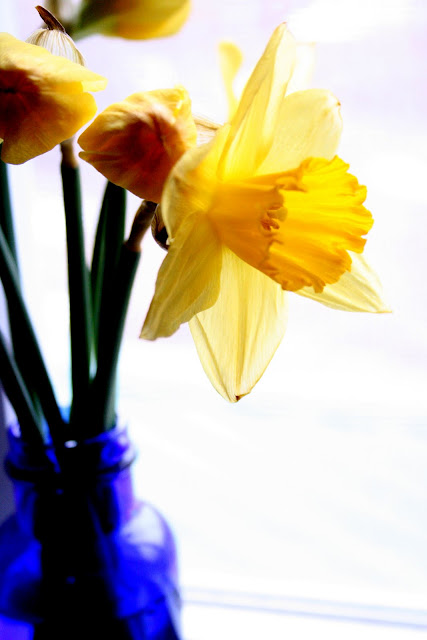 Rest time is nearly over but I can't help thinking a quick bit of keyboard clacking would be in good form since it has been ages (or so it seems) since I have visited my own stinkin' blog. :-)

And now, it seems like so much has happened, there is no way to actually just start in again. Like, it would be easier just not to. I am out of blog practice, it seems!

My computer is now officially fixed but I can't seem to find the several hundred photos Matt uploaded from my camera so that I could delete them on there to make room for me to take MORE photos ( I know, it's a sickness) and since I DELETED them from my camera thinking they were uploaded, if they aren't actually here somewhere I think I might actually *BE* sick.

So...trying not to panic about that.

WHAT?! You don't panic about a month long window of life not having been photo-documented?!? Sheesh! What is WRONG with you people?!?!

~I have single-handedly kept the United States Postal Service in working order. Well, me and Netflix.

~ I have had some "laugh out loud" moments as well as "Hmmm" moments while reading God in the Docks by C.S.Lewis.

~I have done approximately 30 loads of laundry, 15 of mismatched socks alone.

~ I started a new sweet tea regiment of mixing Raspberry and Peach tea bags for the concentrate. Iz good.

~My little baby Adele' got herself pushed out of her crib because Judah-bear very obsinately grew out of the Newman cradle. The cradle that housed a little bitty Corynn until she was well over a year old, HE grew out of at seven months. Adele' now trundle sleeps, and thinks she is pretty hotstuff.

~The childrens' bedroom reminds me every night, of a big giant Newman slumberparty.

~ Corynn and I went to see the Russian Ballet Company perform Sleeping Beauty with my Mom and two young sisters. It was as fun to watch her reactions as it was to watch the ballet. Almost.

~ The boys of the house got a haircut. Except for Judah who is just now beginning to look like something other than a cueball.

~ I still debate about Adele's hair though I must say her hairline is weird and that is my dilemma. Though the rattail in back is proving to be a dilemma all its own.

~ I had an affair on my bearded husband with my now clean-shaven husband. I wonder, is that cheating?

~ I slept in Matts arms better than I have slept for two months.

~With Matt home again, I finally felt like I could BREATHE.

~I started walking again. Then stopped. Then started again. (I hate March.)

~ I gave up soda for several weeks. Then drank a nice cold one and it was all down hill. (I hate myself.)

~ I left Judah for a few hours for the first time ever. He did well. Me, not so much.

~ I prepared our garden beds.

~ I remembered (IN TIME!) to plant cold weather peas. I have always forgotten about them until it was too late.

~ I planted seeds. Equal parts vegetables to annuals. What can I say? I love flowers.

~ Judah has went from cherub-like to bobcat-like, screaming like a banshee at every waking moment that he is not nursing or being held (and even sometimes then!) I am PRAYING he is getting a tooth in and it isn't something more disasterous like colic.

~ I don't do well with banshee-screaming.

~ Snow turned to rain. I have never been happier to see mud.

~ One of our rabbits had nine kits, just in time for Easter.

~Our egg supply has gone from non-existent to 18 eggs a day. Feast or famine, as they say.

~ Andrew turned a whole hand this past week. Five seems too big for my Panda to be.

~I made him a dragon cake. It was corny.

~ Matt and I took the children to a glass museum. It was nice. Not often Matt comes along on our field trips.

~ Adele' started saying "mmm-hmmm" as an affirmation in just the cutest little voice. "Adele', how was your nap?" "mmmm-hmmmm."

~ I got all these little blisters on my tongue because I used a too-spicy toothpaste. What can I say? I am a freak.

~ I have been wearing a bandanna in my hair several times a week and actually, really like it. (It all started when Matt was gone and I wasn't, coughcough, bathing.) I even went to the store that way once. On the way I looked down at myself and realized Matt's fleece sweatshirt, my muckboots and a head bandanna was my ensemble and thought "wow Rebecca. You have come a LONG way when it comes to being seen in public." Yeah. I had gone too far.

~ I am going out with two girlfriends tonight (and yes, a sister counts as a girlfriend.) I can't wait. Little Banshee baby is coming too, so here's hoping all goes well. But I promise not to wear a bandanna.


(pictures of these bullets forthcoming, provided they haven't disappeared for good. In which case, I might die.)
Posted by Rebecca at Monday, April 04, 2011

Glad to see you're back :)
Sounds like you've been VERY busy!
I totally understand the picture/panic....my cell phone was once dropped into the ocean (by my less than graceful teenager) and I cried for 2 hours just because of the photos I lost on the phone! :(
My littlest has gone from walker to CLIMBER - I think he's out to give me a heart attack!
Have a blast with the girls! :)

Oh good. *looking down at sweatshirt and stretchy pants* ;)

HAVE A WONDERFUL TIME WITH YOUR FRIENDS!!! My sisters are two of my BEST also!! :)

Way to go on all the planting!!!

I think Judah is to old for colic

I went to pick up our raw milk, and then to the library in my apron

Rebecca, you are too funny!!!!!!!!! I loved the post, so like my life, with eight children and one of them a very fussy two year old...yes two years old??!!! How can a two year old be fussy you ask? When I am the mother of eight??? Only the Lord knows, but at age 47...it seems too hard! Thank you Lord for a baby at forty five years of age! I am sure that the Lord has a HUGE sense of humor :) Big hugs to you dear One and keep up the good work, now a bandana I have not done! Hugs with a ~squeeze~ Mumofeight

I loved this post (as I do all of them) and keep checking back, hoping for photos . . . but if they're gone, perhaps snap one of you in fab bandanna and that will forevermore remind you of the "lost month"-?

admiringly,
b in va

Whew, you get more done in a day than I get done in a month. I need to syphon off some of your "drive". :o)

Please, check your email. I sent you something to consider. Call ya in a few days.