A Moment of Your Time 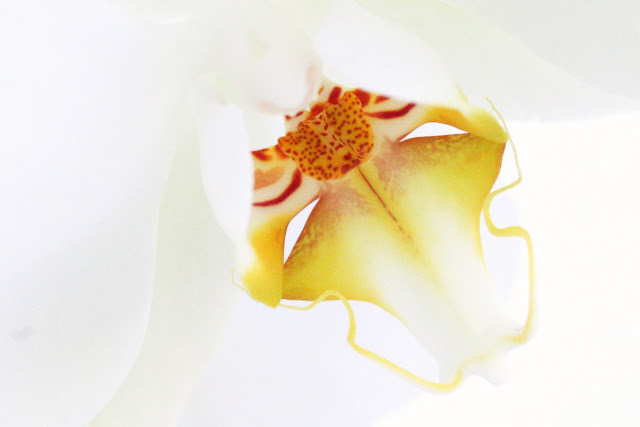 Once there was a woman; a lovely, vivacious God-fearing woman.

A woman who set about doing dishes at the end of the day while saying "I am SO happy to be doing dishes because they show just how heartily we have been cared for..." This woman was lovingly called "Baby" by her husband, her best friend, and would gladly make his plates up each meal. And yet, her feisty streak was comparable only to his and they could certainly banter back and forth, those two. Her shine-filled eyes matched her boisterous laugh and she gave kisses and hugs out freely. This woman leaned upon God and always encouraged others to do the same, her faith never wavered...not even when it was discovered she had terminal cancer.

She would put on a smile and there that smile stayed, even as the cancerous pain spread and her physical struggles deepened. She made time to hear the stories of others, to make small talk and to take an interest in everyone elses' life, even while the sweat poured off her and despite her own fraility. Her type of cancer eventually made it impossible to sit down and when that happened, she would stand at the kitchen, leaning on the counter to make peanut brittle, sending it along for friends and family to enjoy.

I know about this woman because I married into her family. She was my husbands' Aunt. I had only met her a handful of times, usually around holidays, but it was I who she always greeted with a kiss and a heartfelt hug. Huggers and kissers are my kindred spirits. And besides, she had me at the peanut brittle.

The last time I saw her in person was the first time I saw her with cancer. She had travelled several states to visit with her family, to hug her mother, and to be reunited once again...for the last time. There she was. Laughing in spite of the pain, asking how WE were doing...it seemed *almost* as if life wasn't ending for her but her profusely sweating body and her feeble attempt to rest by leaning against the counters betrayed her and revealed a vastly different story. We parted ways and I left...changed.

That very week, I wrote her a letter telling her how I admired her strength and dignity and I promised her that I would pray...hard. I licked the envelope, thrust on a stamp and sailed it away to her. I did pray hard, and so did the children. Aunt Nancy and Uncle Paul became a household name and a stream of constant prayer was uplifted on their behalfs.

The next week, I scribbled a little note, printed a few photographs and sent my love tucked in white paper again.

And so it went. Some weeks I would quote scripture. Some weeks I would tuck in artwork from the children, some days photographs, mostly though I just rambled on an on about silly little "life" things like chickens and the garden producing and flowers picked from yard to table. Bits of nothingness. Often, I wondered if she thought me a nuisance or thought me self-centered for always rambling on about such inconsequential things while she was living out the most IMPORTANT scenes of her life.

She never wrote back, I knew she was likely too weak, but I *hoped* that rather than be perturbed by my constant ramblings, those letters might provide even just a moments' reprieve from her sufferings.

I found out that she had died shortly after I mailed what would be my last letter to her. I would never find out if she received it.

Later, her husband came back to his wifes' girlhood home so that we might all mourn and celebrate Nancy together. After the funeral, her husband sought me out and with quivering voice and damp eyes he took my hands in his and told me how she had cherished those letters, often asking for them to be read again and again. He told me that when no one knew WHAT to say, so often they said nothing-but my letters SPOKE, and not of DEATH but of LIFE and they had cheered her so. He told me how she had anticipated those letters and how her face shone when she saw the pictures and heard the silly stories.

He said I will never fully understand what I had done for her. Or his gratitude toward me for it.

We have been corresponding ever since and he never fails to thank me and I never fail to well up with tears.

I say this now, not to puff myself up, but to ashamedly admit how many times I took the easy road and said nothing at all because I knew not what to say. But when Uncle Paul took me in his arms that day long ago and uttered quivering gratitude from sorrow-filled lips, I never realized how profoundly our words can affect people.

I never grasped fully that giving away little inconsequential (to us) moments can make monumental impacts on people.

For the words he has spoken to me and the lessons I have learned, I will always be indebted to HIM. He has shared with me what I so longed to know-that those letters were moments of peace for Aunt Nancy. I can almost see her smiling.

Do not underestimate the power of compassion.
Do not think the small moments you lay at the feet of another are wasted.
Do not simply say nothing just because you don't know what to say.

Talk about flowers with those who mourn and perhaps they will smell roses in their dreams.
Posted by Rebecca at Tuesday, April 27, 2010

This clinches it: I have been thinking of doing this very thing lately (actually, feeling strongly like I should), with several of B.'s relatives we rarely see, and who don't have blog access (like my side of the family does). Now, I know I will.
Thank-you Rebecca, this is the nudge I needed.
A Beautiful story, but knowing you, and the letters I have received, I would expect nothing less!

Wonderful lesson...thank you for sharing...dh has challenged me lately in some areas where I COULD be reaching out in simple ways and I balked...this is very convicting and good to read!

You are an inspiration. What a wonderful and heartbreaking story. I would love to hear some of the little ways others are reaching out.

Thank you for this.

Thank you! YOu will never know how much I needed this and how much it has convicted me!! :)