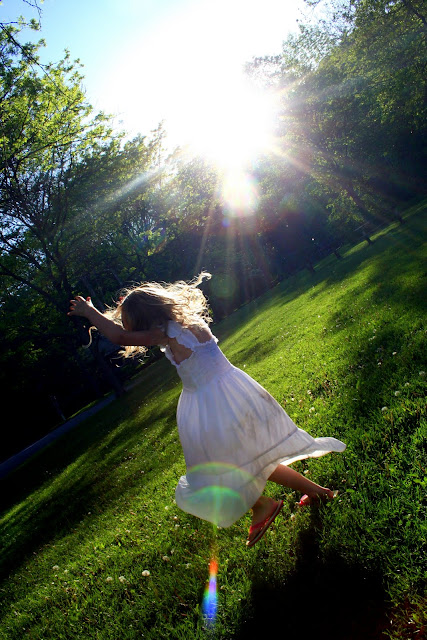 Yesterday we talked about some great ways to encourage our children toward obedience.
We talked about expecting excellence and setting our children up for success, which require both diligence and consistency on our part and lots and lots of praise.

It is always unwise to adopt principles based on a reaction to any culture based in wrong thinking so before I go on any further, perhaps it would be wise to address a common modern-day philosophy on child-rearing which lacks some important biblical principles. That is, the permissive philosophy which allows children free reign to make their own choices and mistakes and then suffer the consequences (or not) accordingly. This is a hands-off parenting approach that forces the child to “learn their own” life lessons. Children will learn quickly not to touch the stove if they first burn their fingers. Teenagers will learn not to binge drink because everybody knows the aftermath is not so pleasant to live through (if you do).

Of course, children are little people and God created people to have free will, so there is no denying that throughout life our children are going to be making decisions to act righteously (or not), to be obedient (or not). The problem, of course, is that it is through dying to ones’ self that people are able to make the right choices, a choice which comes unnaturally. Their fate will be similar to Adams. The underlying principle for the permissive philosophy is that there is not any TEACHING going on, no mentoring, and no real LEADING or encouragement.

The LORD is my shepherd, I shall not be in want.
He makes me lie down in green pastures, he leads me beside quiet waters, he restores my soul. He guides me in paths of righteousness for his name's sake. Psalm 23: 1-3
I love this illustration because the pasture itself is a discipline, for it has boundaries. And yet, we have freedom to romp and frolic and explore within those parameters. It also makes very clear that the Lord LEADS, GUIDES and directs. He MAKES us lie down in green pastures. So, too, we ought to be LEADING, GUIDING and DIRECTING our children along life-giving, righteous paths. It is not out of line to make safe boundaries for our children and expect their obedience. We can do so, for His names’ sake.

The permissive philosophy also discounts the fact that the Lord has put into place certain authorities that we might learn from, grow and find encouragement by. In Titus 1, we find that the Elders within a church are held to a higher standard, that those under their authority might have good examples to RISE up to and that the elders might have wisdom to lead in right paths and rebuke and oppose foolish ones. Titus 2 spells out the importance of older women to be reverent and to teach what is good to the younger women.

These, then, are the things you should teach. Encourage and rebuke with all authority. Do not let anyone despise you. Titus 2:15

If the teachings of our modern-day cultural philosophy go against the timeless biblical teachings of God, then we are to cast them out. God tells us we need to exemplify, teach, admonish, encourage and rebuke. These are all ACTIVE, not passive (or permissive) methods.

Okay, that said, we now have a better understanding of what a godly philosophy on child-rearing is. We now know that the biblical example is ACTIVE.
But even as parents take an active part in the training of their children, they can still approach it wrongly.

So today, I want to share what I consider to be ineffective (and often damaging) forms of discipline:

Lots of parents today mistakenly use these methods as their sole forms of discipline. Others, can fall in the trap of using them when they are frustrated or at their wits’ end. Whatever category we fall into, it would be beneficial to all of us to talk about what these methods are REALLY teaching.

Yelling. I like to call this the decibel method of discipline. This is an EASY one to fall into but we must try VERY HARD to avoid this method at all costs. Yelling teaches quite a few things, none of which we actually would want taught. First, it teaches your child that you don’t really “mean it” until your voice escalates to a certain level. Of course, it follows then, that your children have learned that they don’t have to obey you right away because your voice hasn’t hit its’ “serious yell”. Yelling can also teach your children to be fearful of you. They will obey out of fear when they are young but someday, you won’t be nearly as frightening and then what will cause them to obey? It certainly won’t be the admiration, respect and honor that they have for you. As if THAT weren’t enough, yelling also magnifies our OWN sin and teaches our children, by example, exactly the opposite of what God wants from us (to be slow to anger and even-tempered).

He that is slow to anger is better than the mighty; and he that ruleth his spirit than he that taketh a city. Proverbs 16:32

Ignoring disobedience: If you ask your son to clean his room and you go up, find it a disaster, then go about making supper… must I really expound on this? But it really does happen and to the best of us. what can I say? DUH. If children are told to do (or not do) something and they don’t obey AND GET AWAY WITH IT without consequences, how can we ever expect obedience? We are teaching them that what we say is negotiable. It can be easier for us to overlook disobedience than deal with it head on…but

The hand of the diligent shall bear rule: but the slothful shall be under tribute. Proverbs 12:24

Counting to three (for the young crowd): We have a mantra in our house: DELAYED OBEDIENCE IS DISOBEDIENCE. To count to three, then, is only to encourage disobedience. You are training your children to obey when THEY want to which not only trains them to disobey but also to think of themselves as God, giving them the power and control to make their own decisions. If you have to count for obedience, your child is in control of the situation, not you. (Not to mention: people hardly ever follow through with whatever threat they made in the first place…)

Empty threats. Empty threats are just lies masquerading as discipline. Did you read that? Empty threats are LIES. LIES. So, if we lie to our children about what “we will do to them” and they know that we actually won’t, then please don’t be surprised if your children grow up spouting off lies at you. Not only did you ALLOW lying in their lives, but you encouraged it by example. The only thing your son/daughter is learning when you threaten is that you are untrustworthy. And thus, they learn to be untrustworthy too.

Time-outs (again, for the young ones). Personally, I think time-out is malarkey and even a bit harmful. Here is why: At the very best, they are playing happily in their room without a care. They are NOT “thinking about what they have done” and you are not MAKING them, by discussing things with them. At the worst~ you are separating yourself from your child while he/she is upset and bitter and letting him/her stew about it, allowing the bitterness toward you to just quietly erupt in their rooms. The only purpose that would serve would be to train your children in bitterness and resentfulness. I know time-outs don’t work because that method is nowhere to be found in the Bible. (Time-outs are different, by the way, than having some quiet time to settle down if the children get too rambunctious. There have been times when the children are running around the house, yelling and being obnoxious and I know that what they need most is some down-time. It is then that I say "OK everyone. Everyone grab their own couch and some books and lets read QUIETLY until___________." I am referring specifically to time-outs as a form of discipline or punishment. There are also appropriate times when you as a parent need a time-out in order to calm down so as not to sin by disciplining in anger (more on that later).

Inconsistency. Consistency is faithfulness, and through it, we are teaching our children faithfulness. When we are inconsistent, on the other hand, we are no longer dependable to our children. We confuse them unnecessarily. If we allow them to do one thing one time and the next time punish them for it, how does that make sense? This is a surefire way to exasperate our children.

And, ye fathers, provoke not your children to wrath: but bring them up in the nurture and admonition of the Lord. Ephesians 6:4

Fathers, do not exasperate your children, so that they will not lose heart. Colossians 3:21

Bribery. I have heard parents tell their children, who are pitching a royal fit “Do you want some chocolate milk?” or “Do you want a piece of candy?” (Not joking) “I will give you a dollar every time you obey me without complaining…” (read that one in a parenting magazine) A child should not be rewarded for disobedience or given the luxury of deciding how good he wants the pot to be when he decides he wants to be obedient. On the contrary, his reward ought to be the pleasure God feels toward his obedience, and yours as well.

If a child is so out of control that bribery is your attempt to regain control, what the child needs then is punishment.

Tomorrow, we will look at what godly reproof looks like...and what it DOESN'T.
Posted by Rebecca at Tuesday, April 13, 2010

Bribery is a pet peeve of mine!

I was at the store recently and I heard a mom telling her son that if he didnt listen then she was calling the easter bunny and telling him not to come to his house this year. GRRR.....

This series is very good. Discipline is followed the same way in our home.

*wiping beads of sweat off brow* Good, CONVICTING stuff there, Rebecca! Thanks for reminding me of these things...if I'm not careful they can keep in! LOVE all the Scriptures...going to write them down! Thanks!